#ParianiTeam: a team for very young

Selleria Pariani has always teamed up with the best Italian riders and to maintain this tradition this year it has decided to support a team of young and very young riders. In the last few months show jumpers Emanuele Bianchi, Clementina Grossi and Chiara Galeazzi and eventer Pietro Roman have joined the team. 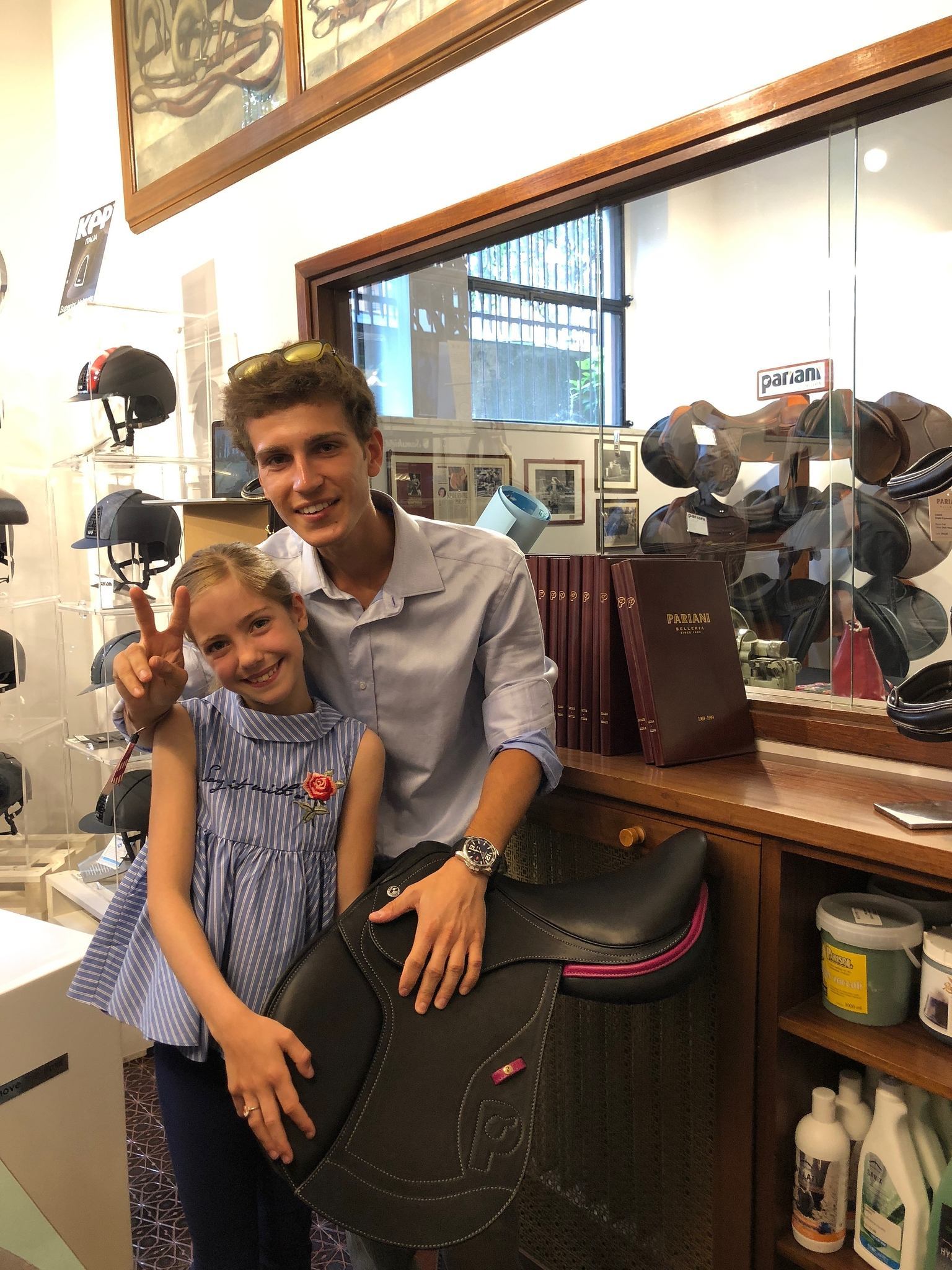 There’s also a new (tiny) addition to the team: Vittoria Sofia Ruotolo. Nine years of age and a huge  passion that brings her to travel all the miles that separate Switzerland, where she lives, and the riding school near Milan where she rides her ponies. Vittoria has an amazing motivation in the show ring and more than 8.000 followers on Instagram. Her story reminds of Filippo’s. The Italian rider, who has been riding with Pariani saddles since the very first competitions on ponies, now represents Italy in the hottest international rings.

BE PART OF A DREAM AND JOIN YAZMIN PINCHEN ON HER JOURNEY TO RIO!
October 23, 2015
Go to Top